No, not that Forsey but the next generation!

It would not be proper for Dave Forsey to boast about family success but there is no reason why I should not.  Dave’s son Paul did not follow in father’s footsteps.  Instead he did a degree in art.  Like all artists, he has had to struggle as a result, but recently he has been having some conspicuous successes.

I first saw his work when I made a special visit to Lincoln in my narrow boat.  In the awesome surroundings of the Chapter House of the Cathedral, Paul had an exhibition of his illustrations for a children’s version of the Life of Jesus.  I soon organised with Dave to buy some copies for the grandchildren.

Paul has since been honoured by being selected to create a mosaic history of Newbury in the pavement outside the library.  Take a look at my photographs and visit it if you can.  The library is easy to find by the large car park, which fronts the River Kennet on the old main route through the town.  It is even possible to view the mosaic from your car and leave again without parking. 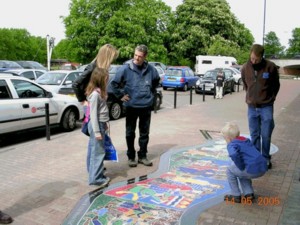 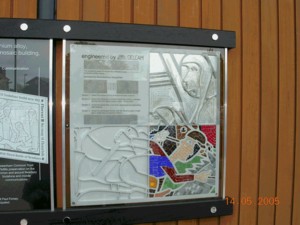 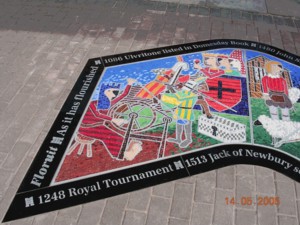 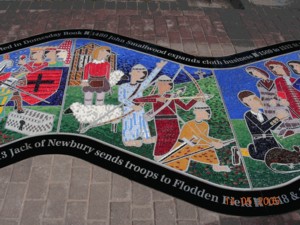 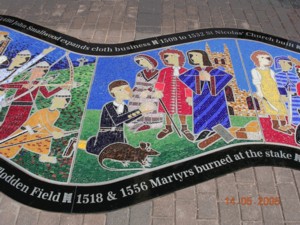 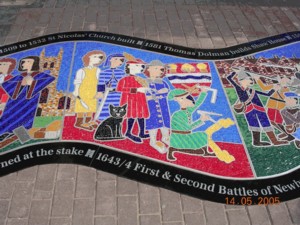 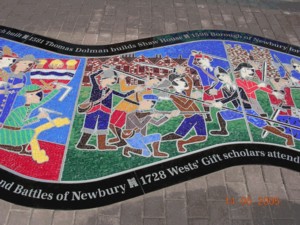 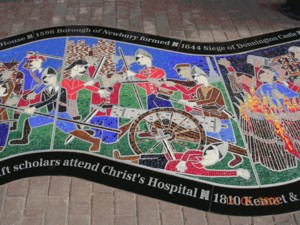 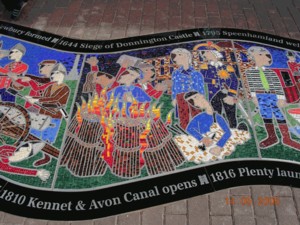 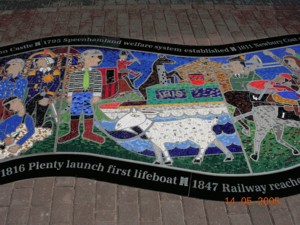 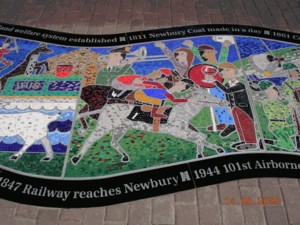 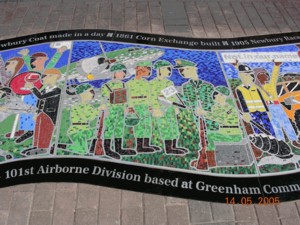 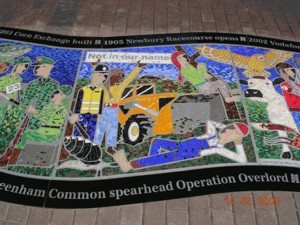 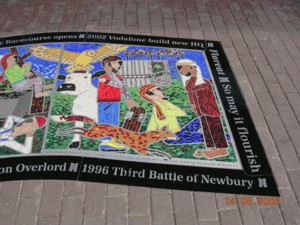 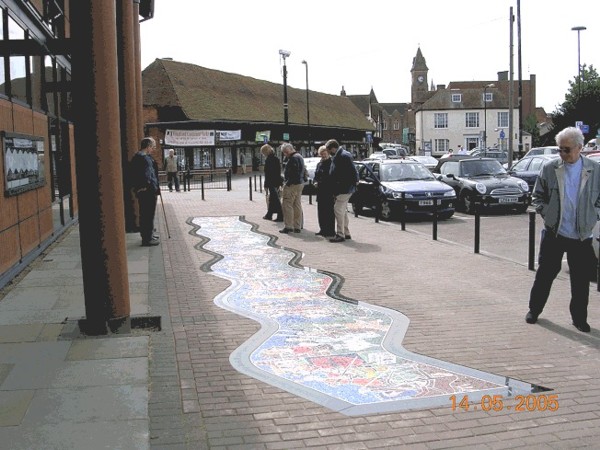 Close scrutiny will reveal an ancient MCDO or two, as well as the artist and his Mum!